House sharing in Amsterdam: is it legal?

House sharing in Amsterdam is popular among students and young professionals living in Amsterdam. Due to the high rents, people are not always able to rent a whole apartment, and choose to share an apartment with others. Even though house sharing sounds pretty great, it does have some negative consequences. For example, the rents which are charged are fom the tenants are quite high, and the neighbours can experience noise disturbance. House sharing is a topic on which we get many questions, both from tenants and landlords. For this reason we decided to pay some attention to this topic in this blog. If you have any questions regarding house sharing, please feel free to get in touch.

In January 2017 there has been an important change with regard to house sharing in the so-called “Huisvestingsverordening”, which is a ruling put into place by the municipality of Amsterdam. Until January 2017 it was possible to rent out a house to more than two tenants, without a permit from the municipality of Amsterdam being required. This has changed from January 2017. Since this date, the municipality considers houses shared with more than two people as so-called non-independent living spaces (“onzelfstandige woonruimte”), instead of an independent living space. This has multiple legal consequences. Next to the fact that a permit is now required for (most of the) landlords who have been renting out a house to two or more people, the rent that can be asked for such living space has also been limited by law.

A permit for house sharing can be requested for at the municipality of Amsterdam. There are however different requirements which will need to be met before a permit will be provided. For example, there are requirements concerning the lay-out of the house, sound insulation and fire prevention. The requirements differ per house, as well as the location and the amount of people to which the house will be rented out to.

House sharing without a permit is possible if the house is shared with maximum two people, or if a part of the house is rented out as a so-called “hospita” (also referred to as: “inwoning“).  The municipality of Amsterdam has the following requirements for legally renting out a house as a hospita:

There are some other situations in which a permit is not required in order to share a house with more than two people. A permit is not necessary for the so-called “woongroepen“, which have been signed up before January 2017, student houses recognized by the municipality and bed & breakfasts. Please be aware that for these forms of living there are other requirements which apply.

WeAreLawyers is happy to advise you on multiple housing matters, review your rental agreement and answer any questions you may have regarding housing situations as desribed in this blog. Please feel free to get in touch with us. 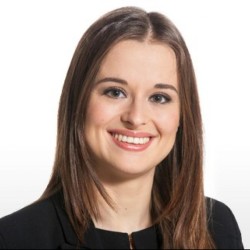 Volg ons
Marieke Groenendijk
Marieke is working as a lawyer since January 2014 and is the co-founder of WeAreLawyers. Marieke writes about legal topics on a regular basis which are relevant for individuals, expats and small and medium sized companies. Marieke is 29 years old and lives in Amsterdam together with her husband.